A Small Reminder: A version of this piece was origin Why’d you even let him in the game? — McNulty

The Following is all about The Snot boogie scene. Before the Barksdale Crew, before the Special Investigations Unit, before the docks and the Greeks, before City Hall and Hamsterdam, before the eighth graders of Tilghman Middle School and the reporters of the Baltimore Sun, there was Snotboogie. 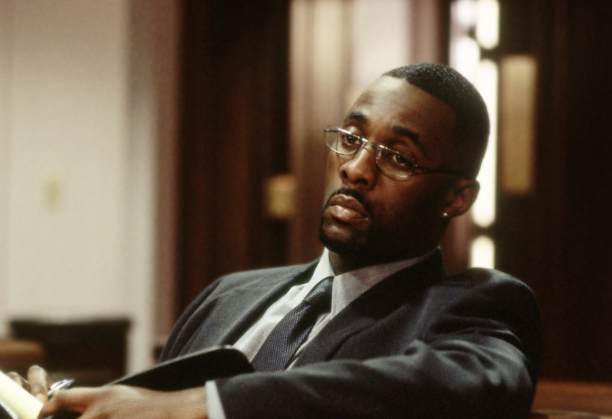 The Wire all begins with Snot (whose real name, before that unfortunate rechristening, was Omar Isaiah Betts) a character with no dialogue and screen time that can be tallied in seconds, a character with a runny nose and a tendency to rip and run (just like another Omar, but without the ambition and the flair). As trivial, almost laughable as poor Snot may seem, he is in many ways the spectre that looms over the entirety of the 60 episodes that are to follow, haunting the unfolding events with eerily open eyes (just as a second open-eyed corpse will haunt much of the first season). Even though he is dead, he knows exactly how everything will turn out because he has already lived it himself.

As the opening of all great works of art, the first scene of The Wire is its DNA, providing the encoded information for the entire body of work. The very first shot of the series, a chilling image of a modern landscape, is a perfect model for everything that follows. It is a close-up of Snot’s spilt blood oozing out from his dead body in three thin rivulets, coagulating on the concrete, reflecting the dancing blue lights of the police siren while the radio crackles in the background. Here is the concrete terrain of the hard, cruel urban wasteland; the spilled blood showing the violence of the game, the fate that awaits all those who cross the line and have the line crossed on them; and above all of this, there is the police department, desperately trying to make sense out of the chaos by shining light on the darkness and attempting to decipher a coherent message from behind all of that static.

The scene that follows tells a deceptively simple (and true) story with the feel of a Kafka parable: there was a murder, and the police are now investigating the scene. Homicide detective Jimmy McNulty finds a witness who is willing to tell him the story: Snotboogie is a regular in a back-alley craps game. When enough money is in play, he grabs it and takes off. The rest of the players chase after him, and if they catch him, they beat him, but “ain’t nobody go past that.” Not until this time, that is, when Snot ends up face down on the asphalt.

In just under three minutes, this tale of poor Snot sets up many of the concepts that will occupy the show for the next 60 episodes. Just like the prototypical opening shot, this scene brings together three worlds that will intertwine for the duration of the series: the Street, the Police, and the Game that unites them all.

The scene is set on a corner in the West Side of Baltimore, where much of the show’s action takes place. One of the first shots shows a group of small children, unattended and unsupervised, sitting on a stoop and watching the police gather evidence. They don’t seem particularly shocked or disturbed by the killing. The struggles of this ill-fated, abandoned generation will play out throughout the series, from the pit boys in Season One to the eighth-graders in Season Four.

In the DVD commentary for this scene, David Simon says that “those who are excluded from the legitimate economy make their own world.” The Street is that world, built around its own laws. Above all else, there is the one rule: Don’t snitch. The witness, in spite of his obvious disgust at Snot’s murder (“Kill a man over some bullshit”), insists that he will not testify: “I ain’t going to no court.” His crisis will plague many of the most complex players throughout the series. Do you speak out against injustice and risk retribution, or do you stay silent and allow the world to continue on its destructive path? The witness in this scene seems to be on the edge, and his choice depends on the enforcers of the “legitimate economy,”…

Off to the side, sitting comfortably on a stoop, we meet our detective, our guide through the labyrinthine bureaucracy of the BPD: Jimmy McNulty, doing what he does best—solving murders. The Jimmy we are introduced to in this scene is not the headstrong, holier-than-thou, chain-of-command-disrespecting, womanizing drunk that we will soon come to know and love. No, in this scene, he is simply “good police.”

McNulty uses the full arsenal of weapons needed to elicit testimony from a community which considers the snitch to be the lowest form of life. He has the ability to imagine what he has not experienced, conjuring the origin myth of Snot’s nickname. He is patient, waiting for the witness to tell his story. He is empathetic, agreeing when the witness declares that they didn’t need to kill Snot. He doesn’t push, doesn’t get angry and doesn’t try to intimidate the reluctant witness. Perhaps most importantly, McNulty is perceptive. He has “soft eyes.” He sees the disgust in the man’s eyes and hears it in his voice. He knows that this is somebody he can flip if he just plays it right. And in the end (as he tells Bunk in the first scene after the credits) he does just that in exchange for some Grape Nehi and a few Newports. McNulty’s traits are the same ones that will separate good Police from bad, not only in the force but out on the streets (where Bubbles and Omar sometimes feel like the best cops in Baltimore).

This interaction between the two worlds, legitimate and illegitimate, becomes the increasingly-complex system that is known as…

It is fitting that a series so obsessed with games and game imagery (players, rules, teams, scores, winning and losing, and so on) begins with a simple game of craps that spills over into several more complex games. This scene provides a model for the frightening complexity of these layered games.

In this case, there are three levels of the game. First, there is the craps game itself. It is a game of luck and strategy (more strategy than many players might expect, as we find out in Season Four—if Snot had only known about probability, maybe none of this would have happened). Players place bets and payouts are determined by the roll of a pair of dice.

The second level of the game is what I call The Snotboogie Chase. As described by the witness, it only comes into play when the rules of the first game get violated. The rules are simple. Snot snatches the pot, and the rest of the players give chase. There are two possible results: Snot escapes and gets to keep the money, or he gets caught and gets beaten. The unwritten rule, as stated by the witness, is that “ain’t nobody ever go past that.”

When somebody violates that rule, the third level of the game comes into play. This is the law and order game that was highlighted above. Here, the players are the police and the criminals. The police attempt to gather evidence and secure witnesses and the criminals attempt to evade the law.

Just as the asphalt, the blood, and the police lights intertwine to form a single image in the opening shot, these three games combine to form a complex system. A single move in one game initiates a higher level of the game in which many of the players stay the same but the rules and roles change. Snot breaks the rules of craps but relies on the rules of the chase to stay alive. The murderer breaks the rules of the chase but will be convicted under the rules of the law and order game. McNulty seems to be the big winner in this case, except we are minutes away from seeing him sabotage his own career because his personal crusade clashes with the priorities of his supervisors. These games seem to go all the way up the chain, and it can often be difficult to see the top, if there even is a top.

Each character gets trapped in the Snotboogie paradox: If you break the rules of one game it creates another game, but you can no longer expect the rules of the second game to save you. To make matters worse, if somebody else wants to play, you have to let him, even if you know he will break the rules.

Now let me hear your interpretations, questions and comments…