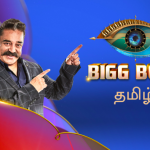 Bigg Boss Tamil Season 1:is the season 1 of Tamil Bigg Boss franchise. It's well known, This reality show is adopted from Big Brother to Hindi long back and making its debut to the south now. It is more similar to the Hindi version but in the Tamil language. In Short, It is a reality TV show where the audience chooses a winner based on public voting. However, a lot of … END_OF_DOCUMENT_TOKEN_TO_BE_REPLACED