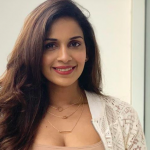 Samyuktha Karthik is an Indian model, film and TV actress who primarily works in Tamil Film and Television industry. Born on 31st Dec 1984 in Coimbatore, Tamil Nadu, she did all of her schoolings and college there in Chennai. She is a nutrition coach, classical dancer, social media influencer and also runs a business. Samyuktha has been the most known for starring as Princess … END_OF_DOCUMENT_TOKEN_TO_BE_REPLACED 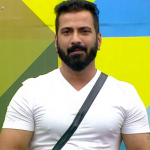 Ramesh Choudary (born 23 October 1982), known professionally as Jithan Ramesh, is an Indian actor and producer predominantly from Chennai, Tamil Nadu. Born into the limelight, a celebrity family from Chennai started their debut career in 2004 starring in the Telugu film Vidyardhi (Remake of Hindi film Gayab). He's the third son of R. B. Choudary, a well-known film producer … END_OF_DOCUMENT_TOKEN_TO_BE_REPLACED 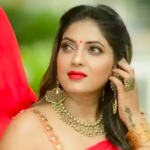 Reshma Pasupuleti, born on 23 July 1977, is an Indian film actress and serial artist who appears in the Tamil industry since 2011. Reshma, who primarily appears in Tamil films, started subsequently working as a news anchor in English news for TV5, which gained popularity, giving her opportunities in the television serials across the Tamil industry. She is also a contestant of … END_OF_DOCUMENT_TOKEN_TO_BE_REPLACED 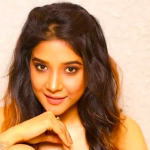 Sakshi Agarwal, born on 20 July 1990, is an Indian film actress and model who appears in the Tamil Industry and also a few Kannada and Malayalam movies. Majorly stared in Tamil movies, this Indian actress began her career as a Business Marketing consultant and turned towards using her passion of acting after she gathered people's attention from the part-time modelling … END_OF_DOCUMENT_TOKEN_TO_BE_REPLACED